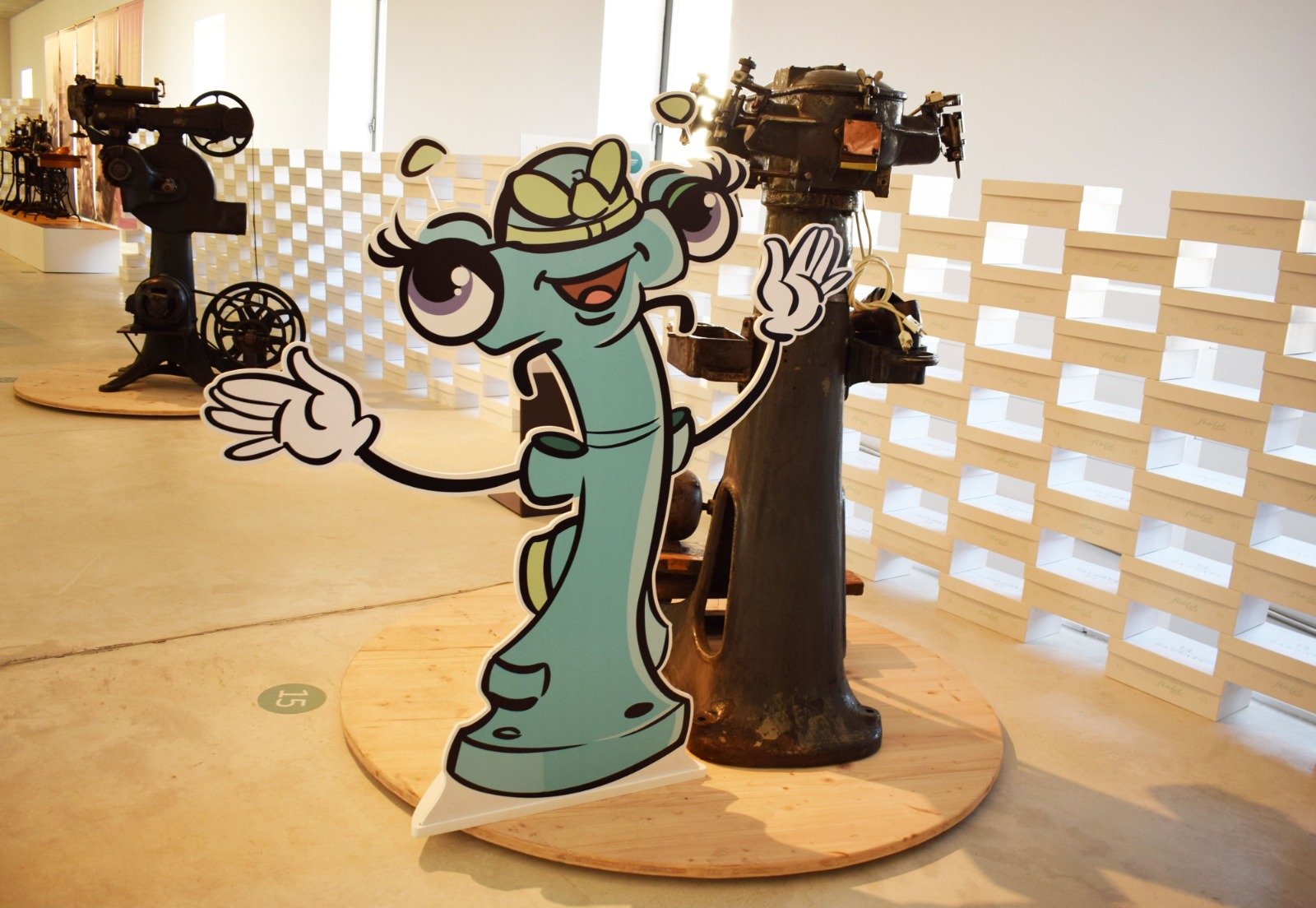 Since December 2019, the Inca Museum of Footwear and Industry has had a pet that guides the family’s young people throughout the permanent exhibition.

“Crispi” was born into a family of shoemakers; her parents, Soles Sewing Machine and Polisher, wanted her to work in the factory as well. His life passed between patterns, heels and skins. He liked the world of humans, how people moved to the rhythm of the siren of that factory, the noise of the streets full of people, who with a sign full of oil cookies or a “panada” were going to work. I listened intently to the conversations between Tomeu, the patron, and Toni, the cutter, but it was the adventures of Rosa, Catalina and Magdalena, the stitchers, who together with Tòfol, the one in charge of making the “cast ”, The ones he liked to listen to the most – on dance Saturdays at the Mercantil, meetings at the Espanyol or on Sundays at Fairs. But in the blink of an eye the world will turn upside down, new machines called Computers replaced all those old and rusty machines. Crispineta, such a great superheroine, was able to rescue them, and today they shine like never before in the Museum of Footwear and the Inca Industry, where she herself is in charge of telling us all the life of a faded time.

We use cookies on our website to give you the most relevant experience by remembering your preferences and repeat visits. By clicking “Accept All”, you consent to the use of ALL the cookies. However, you may visit "Cookie Settings" to provide a controlled consent.
Cookie SettingsAccept All
Manage consent

This website uses cookies to improve your experience while you navigate through the website. Out of these, the cookies that are categorized as necessary are stored on your browser as they are essential for the working of basic functionalities of the website. We also use third-party cookies that help us analyze and understand how you use this website. These cookies will be stored in your browser only with your consent. You also have the option to opt-out of these cookies. But opting out of some of these cookies may affect your browsing experience.
SAVE & ACCEPT