Piece of the month (November 2019): Feet and lasts 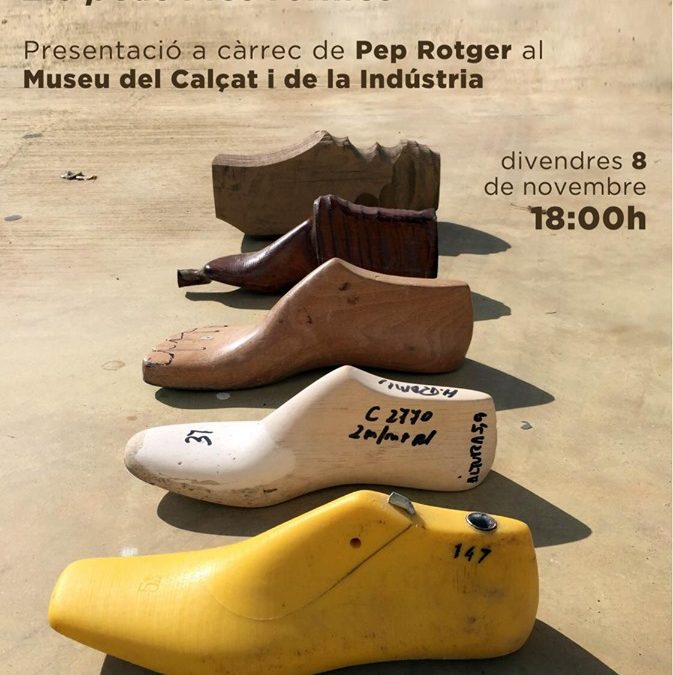 The piece of November is a group of wooden lasts and a machine used for sanding them. While the device dates from the 1950s and was manufactured by the American United Shoe Machinery Company, the blocks of wood and the lasts date from the 1970s and 1980s. They were collected and given on loan to the museum by former lasting master Pep Rotger Seguí (Selva, 1960).
Lasts serve the shoemaker as an abstract copy of the human foot and as a mould upon which a shoe is constructed. Lasting has always been a key shoemaking process, since it sets the final shape of a shoe.
The last maker would agree with the cobbler on the shape, either verbally or through a sketch, and always considering the target market. He would then select the most suitable block of wood(usually beech) and carve, rasp and sand it to create an exact shape. Machines were introduced later in time to speed up the process, such as this sanding machine, which refines the mould with sandpaper rolls. This piece features the initials of the manufacturer (USMC) and of the brand of the engine (Siemens). Also, the sides are covered for the protection of users.
Once the last or prototype was ready, the duplicating lathe would copy the pattern that would really be used to make a specific shoe. This group of blocks and lasts shows perfectly the different phases of the lasting process. It also includes a last used for ballet shoes and a last made for the legendary basketball player Fernando Romay.
According to records regarding last making, this task was always associated with men. Wooden lasts are virtually no longer used these days and have been replaced by cheaper plastic ones. Unfortunately, shoe lasting has lost its artistic side with the arrival of machines and computer programmes.