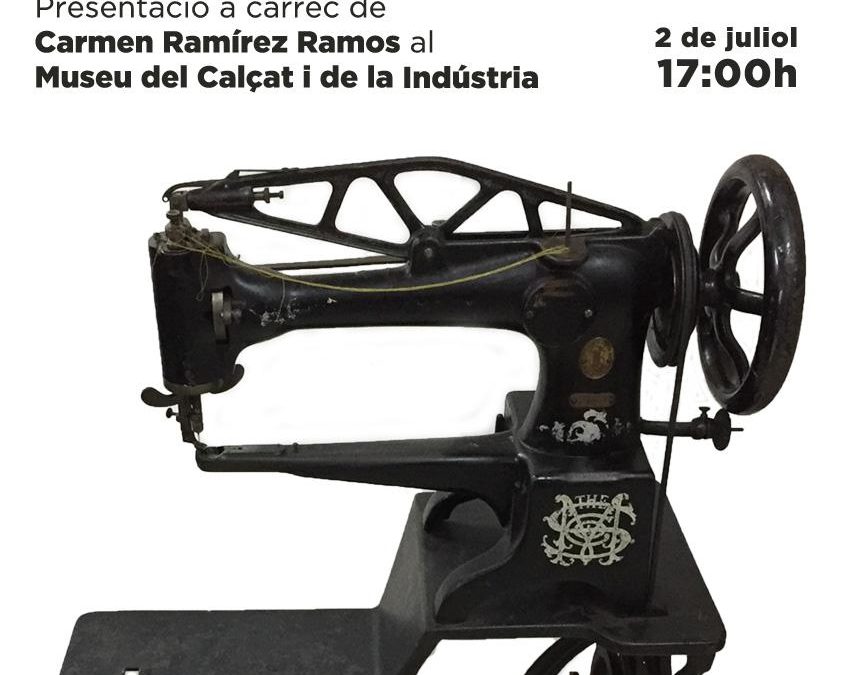 The piece of July is a shoe sewing machine from the early twentieth century. It was manufactured by the North-American Singer Manufacturing Company (established in 1851).
Sewing refers to the process where different leather components are prepared and stitched together to form the final shoe. This stage includes three successive tasks: skiving (slicing or scraping away the edges of a piece of leather to reduce thickness and make it easier to join two pieces together), punching (eyelets are punched into the leather for decoration purposes) and stitching (the different cuts of leather are stitched together).
According to the shoemaking information documented, sewing has always been performed by female workers. Some seamstresses worked at the plant, although working from home was also very common back then. This offered companies many advantages in times of high demand. They would hire home-based seamstresses and offer them worse working conditions than plant workers: they were paid less, they worked on a piecework basis (they were not paid if there was no work), they didn’t pay social security contributions and they were not entitled to holidays or accident insurance.
This 29-K1 model is driven by a pedal mechanism (located at the bottom of the device) that activates the strap system and wheels moving the needle up and down. The bottom part of the machine also features the inscription “SINGER”, while the interlaced initials of the firm’s name are featured on one side (USMC for United Shoe Machinery Company). These machines reached Majorca in the late 19th century, which helped speed up and increase production. Many of them were used both at shoe factories and the private homes of seamstresses.