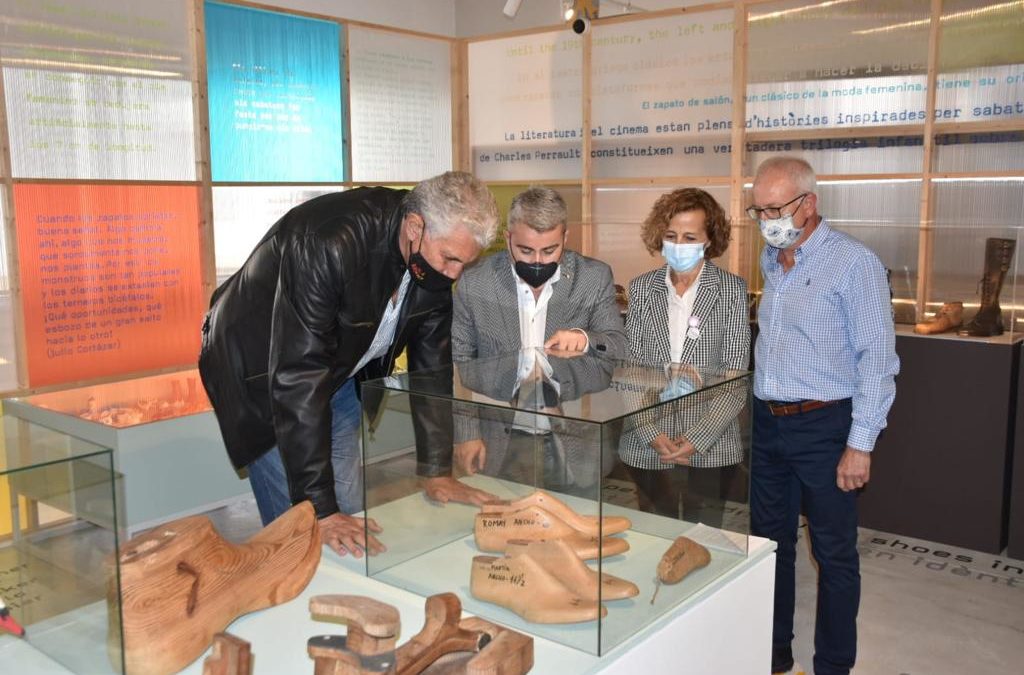 The fall piece was presented by former basketball player Fernando Romay and former Pep Rotger on Saturday, October 31st 2020. It is formed by the wooden forms of the former basketball players Fernando Romay Pereiro (La Coruña, 1959) and Fernando Martín Espina (Madrid, 1962-1989). These were made by the former Pep Rotger Seguí (Selva, 1960) in the mid-eighties, who recently donated them to the Museum. These forms hide a very curious story. Due to the size of their feet, the two former basketball players (who then played in the ranks of Real Madrid), had to come to Mallorca to get some Yanko brand shoes. The problem was that in the Yanko store in the capital, where Real Madrid basketball players usually bought players, there were no shoes the sizes of Romay (a 56.5) and Martín (49) due to the peculiarity of his feet: those of Romay because they were very long, and those of Martin because they were very wide. Romay and Martín’s shoes could only be made entirely by hand, as they did not fit into the patterns of industrial manufacturing because turning machines did not manufacture such large shapes. That’s why former Pep Rotger had to measure their feet manually (with tape, pencil and paper) and make their shapes in the traditional way (cutting wood with knives and brushes). On the reasons for the choice of Mallorcan shoes, Romay, who met again on October 31, 2020 with former Pep Rotger at our museum in an emotional meeting to present the piece of the month, explained: “I came in Inca to make me some shoes because the best shoes in the world were made here ”. Romay was also surprised by the emotion that existed in the world of footwear in the region: “the important thing is to do whatever it is with enthusiasm: like these shoemakers, who in a town in the heart of Mallorca have managed to make the best shoes of the world ”. Now the Museum of Footwear and Industry has the honor of exhibiting these shapes that show the beginning of the process for the manufacture of the largest shoes ever made in Mallorca. 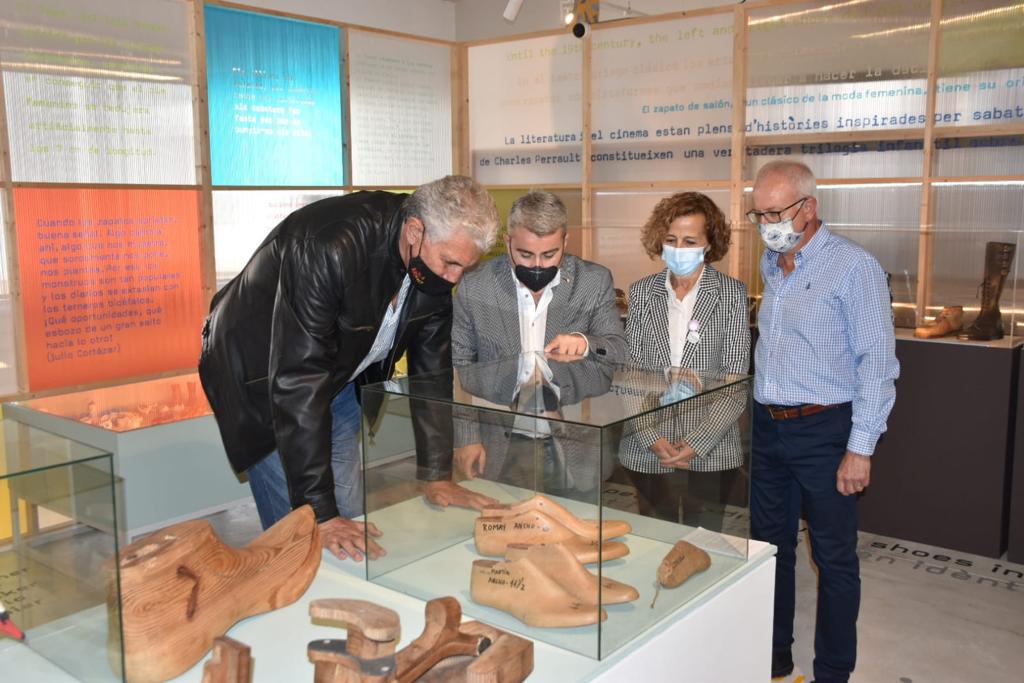 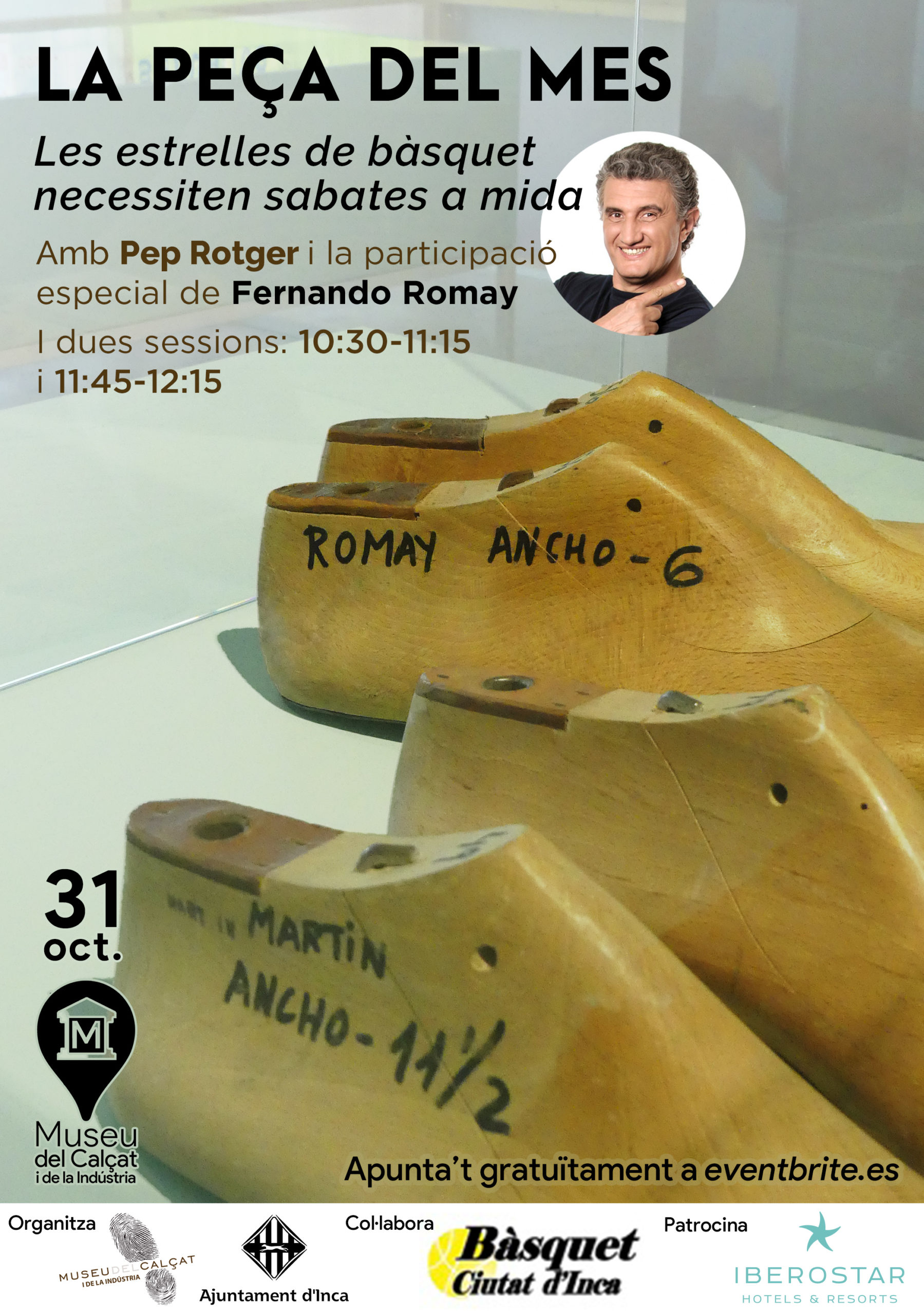