Piece of the month (September 2020): Bootblacks

The September piece of the month was presented by art historian Bernat Mateu and restorer Marta Murgades on Saturday 5 September. The piece of September is a bootblack box with tools (dyes, brushes, polish, scouring pads and protectors), as well as some curiosities such as press cuttings and an identification card. All this material dates from the mid-20th century and has recently been restored by Marta Murgades. The bootblacks’ trade is a job that is often forgotten when talking about trades related to the footwear industry, as their task, despite being essential, was not very visible (probably due to the fact that it was carried out outside the workshops and factories). Bootblacks basically cleaned and polished shoes. They were itinerant workers (always carrying their box), and although they moved from one place to another, they tended to ply their trade in cities and in crowded places. Bootblacks (also known as shoeshiners or boot polishers) were usually men, many of them teenagers, who combined work with studies. There were no set rates for their services, but it is known that they were paid relatively little. The bootblack trade developed as a profession during the 19th century and was very common until the late 20th century. Nevertheless, several factors led to the progressive fall of the trade: the popularity of shoes that cost less and last less (and need less maintenance); the emergence of personal shoe care products; the reduction in walking distances (shoes are less worn out); and the change in people’s social habits, which implies a greater speed in their routines, such as walking brisky through the streets, amongst others. Therefore, finding a shoeshine boy on the street is very rare these days. Their boxes were truly iconic back then, as they made it easier for people to recognize them on the street. This box in particular is made of wood and features two interior compartments for storing utensils (dyes, brushes, rags, etc.). They are accessed through two side lift-up doors. However, the most outstanding element is the protruding piece (also made of wood) which serves both as a handle for transport and as a support for the customers’ feet while polishing their shoes. *Information obtained from Bernat Mateu Morro’s research. 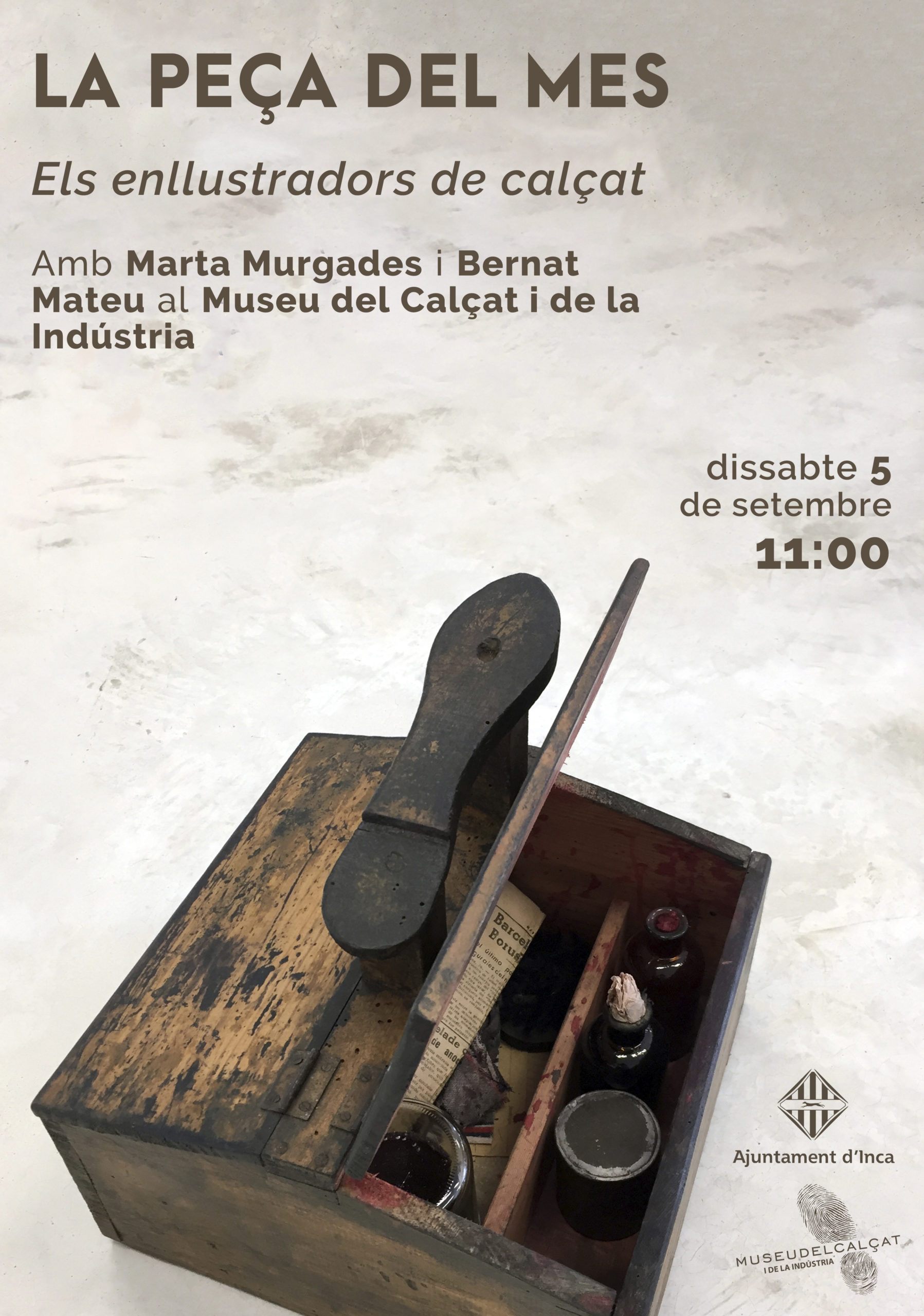