Piece of the month (December 2019): Drilling and ornamentation

The December piece is the USMC 24-60 drilling machine. It is a machine from the 20s and 30s of the twentieth century, manufactured by the American company United Shoe Machinery Company and distributed in Spain in those years by its subsidiary (incorporated in 1917 in Barcelona). The machine is on a table of the famous American sewing machine company, Singer (founded in 1851). Assembling sewing machines or drilling on tables previously used by other machines was a very common occurrence, and we have more examples in the Museum. Drilling was part of the apparatus, the phase of the footwear manufacturing process where the different pieces of leather that would shape the future shoe were prepared, lowered, drilled and sewn. The drilling basically consisted of decorating the upper part of the shoe with holes that gave it different relief and that in some cases drew different shapes. Therefore, it was a task that required a lot of precision, as these holes had to be aligned at the correct distance to create the desired drawing. The leather cut was placed on the metal plate with a hard cardboard in the middle and with the foot the pedal (located at the bottom) was activated, which put into operation the system of straps and ruffles that move the “nozzle” (drill bit) that pierced the skin. There were many shapes and sizes of filters, and some even allowed you to make several holes with a single “climb”. It is possible that the engine and the lamp were incorporated a few decades after the manufacture of the machine to speed up production. On both sides of the machine we find the inscription “SINGER” and on the back the plaque of the Barcelona branch of the USMC. The arrival of these machines in Mallorca during the last decades of the 19th century and the first decades of the 20th century accelerated production and caused an increase. Since there are references to the manufacture of footwear, drilling has always been a task linked to the female sex. Some women climbers worked in the factories, but housework was also very common. This was a very convenient practice for employers, as in times of high demand, they contacted women to work from home with worse working conditions than factory workers. Apart from having a lower salary, they were paid on time (depending on productivity), did not contribute to Social Security and were not entitled to holidays or insurance in the event of an accident. Thus, many machines like this were used both in shoe factories and in the private homes of women who performed drilling tasks. 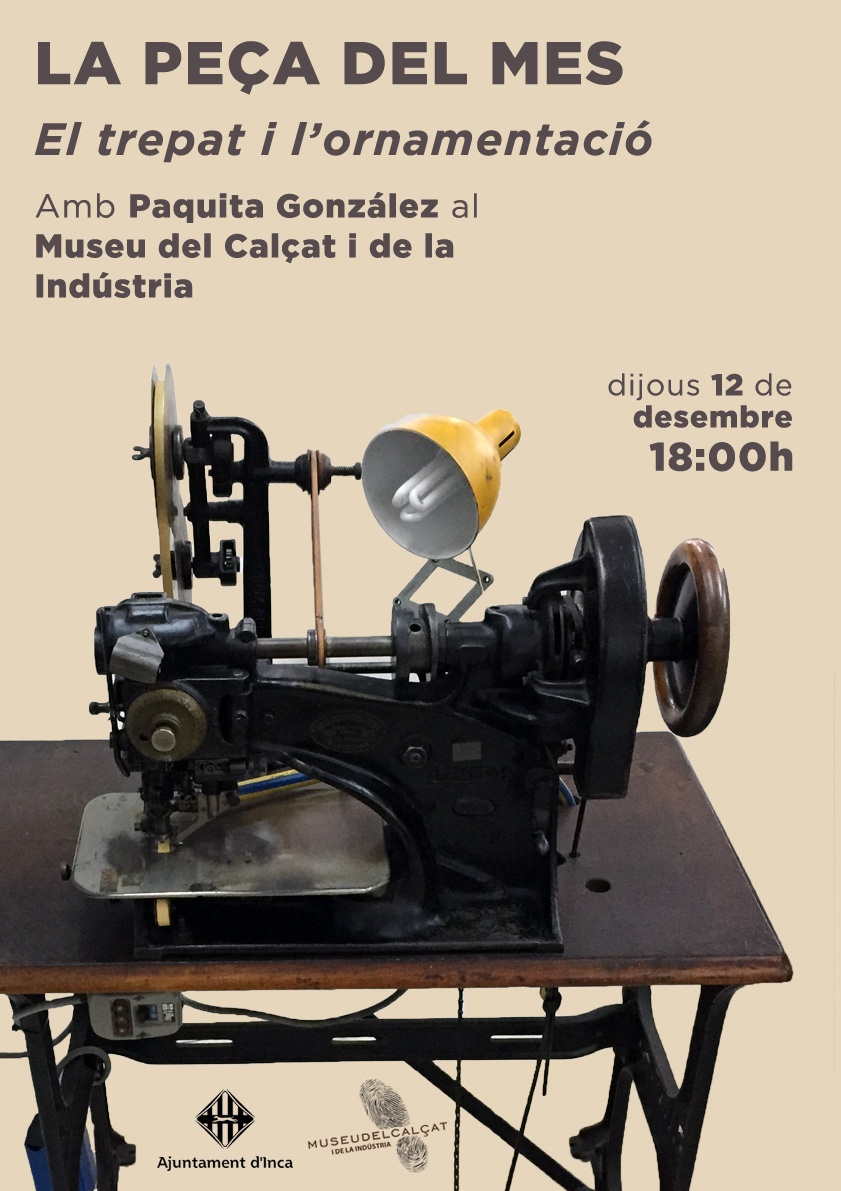