Piece of the month (November 2019): Feet and shapes

The piece for the month of November consists of a set of wooden shapes and the machine used to polish them. While the device is from the fifties of the twentieth century, from the American company United Shoe Machinery Company; the wooden blocks and shapes are from the seventies and eighties of the twentieth century, collected and donated to the museum by the former master Pep Rotger Seguí (Selva, 1960). 00The shape is an abstract wooden copy of the human foot, and its function is to act as a work surface when assembling the shoe. The manufacture of these has always been one of the key processes for making shoes, as their final shape will depend on them. In order to make them, the shoemaker first agreed on the shape he would like to give to the future shoe, using the word or a drawing and taking into account the market for which it was intended. From there, the former selected the most suitable wooden block (usually beech) and began to work it with scrapers, files and sandpaper until it gave it its final shape. Over time, machines would be incorporated that would speed up this process, such as this machine for polishing them, with which the shape was refined (using the two rollers with sandpaper) and given the final finish. The insignia of the manufacturer (USMC) and the brand of the engine it carries (Siemens) can be seen on the machine. In addition, the sides are covered to protect the operators. Once the original or prototype shape was made, the copier-turning machine reproduced the shapes that would later be used to make the shoes. In this set of tacos and shapes you can see the different sequences that have to make them, as well as a way to make dancers and another of the legendary basketball player Fernando Romay. Since there are references to the making of forms, this task has always been linked to men. At present, wooden forms for making shoes, cornered by plastic ones, which are cheaper to produce, have almost been abandoned. In addition, the manufacture of forms has lost that artistic part of making a sculpture with the introduction of machines and computer programs. 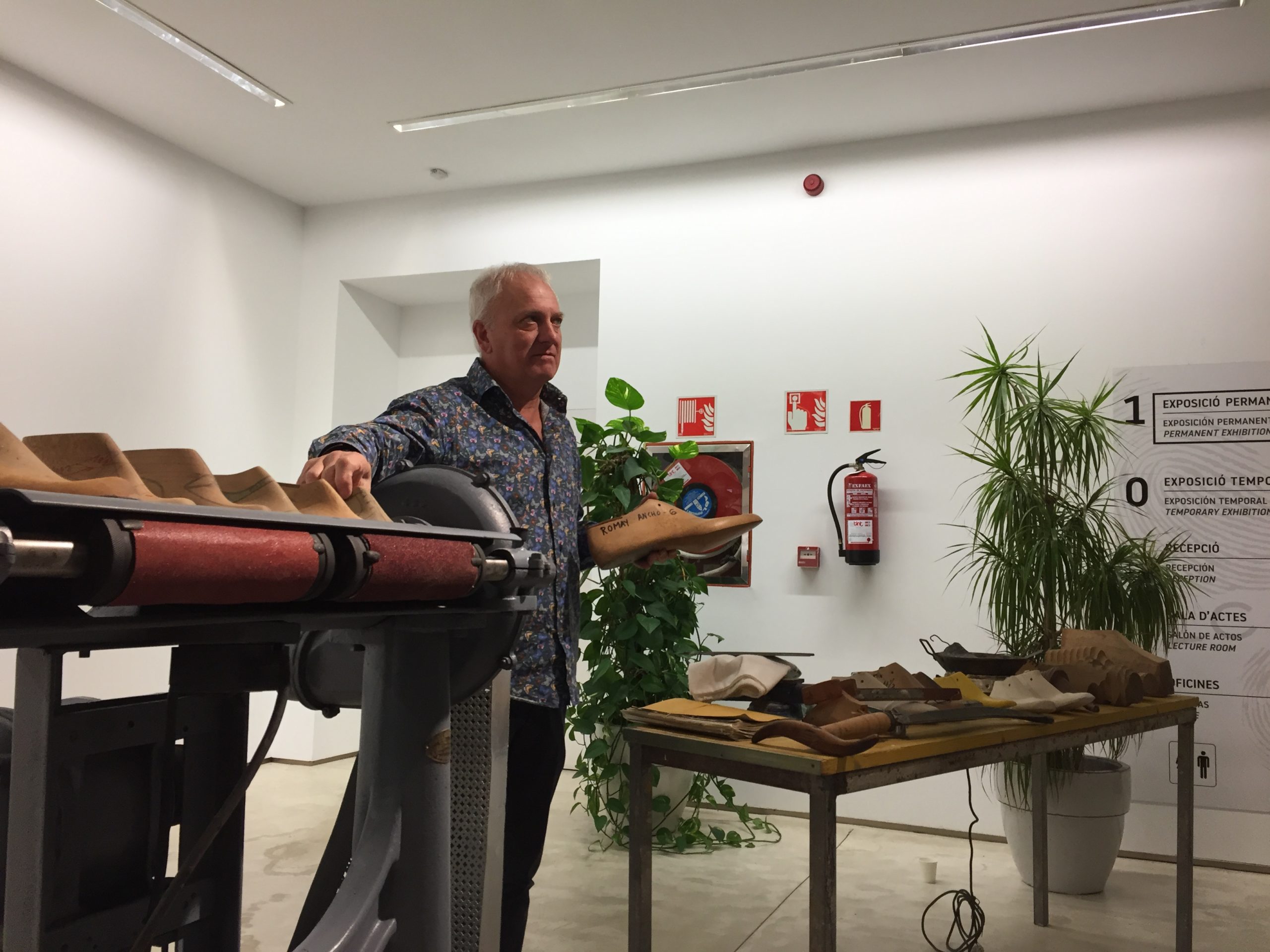 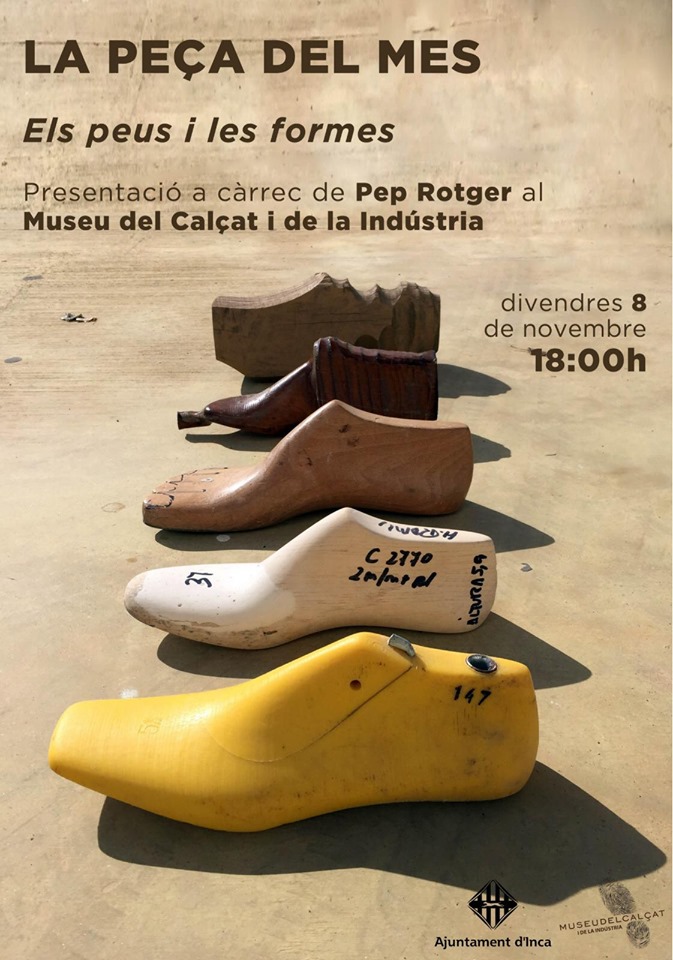