Piece of the month (September 2019): The patterns and their secrets

The piece of September is the pantograph or pattern scaling machine. It is a machine from the seventies manufactured by the German company Maschinenfabrik Moenus AG (the continuation of a previous firm created in 1862 by the engineer Friedich Millers and the salesman Ludwig Webber) and distributed in Inca (Mallorca) by the commercial Morey-Capó SA (1967ca-2007). In the machine we find a plate of each of these two companies. Patterning was the phase in which the patterns were prepared which would be used to cut the different pieces of leather that would shape the future shoe. The patrons had a very close relationship with the designers, as they were the ones in charge of physically making the pieces of the design that the designers had made. Then, these patterns, adapted to each size and reproduced according to needs, would be used as a base to cut the pieces of skin with the punch. In the beginning, this task was done manually and repetitively, but the arrival of computer programs and digital machines made it easier and faster. Since there are references to footwear manufacturing, pattern-making as well as design have always been tasks linked to the male gender. Few women are known to have been patronists, although this trend was gradually reversed. This machine, similar to the famous Super Lynx, has a complex operation and needs skilled labour. On the right we find a plate on which the original pattern is placed. On top of this we find a punch, guides – which allow us to trace the shape of the original pattern – and wheels that allow us to adjust the size (smaller or larger) that is intended to be extracted. And on the left we find another punch, under which a stone cardboard plate must be placed, which cuts the same pattern with the desired size. Pantographs or machines for scaling patterns have undergone a great evolution during the twentieth century, going from being very simple machines (like the one we have in the permanent exhibition) to very complex machines (like this one). Currently, they are hardly used, as the digitization that has taken place in this process, has meant that with the same computer programs that are designed the patterns can be extracted with different sizes. 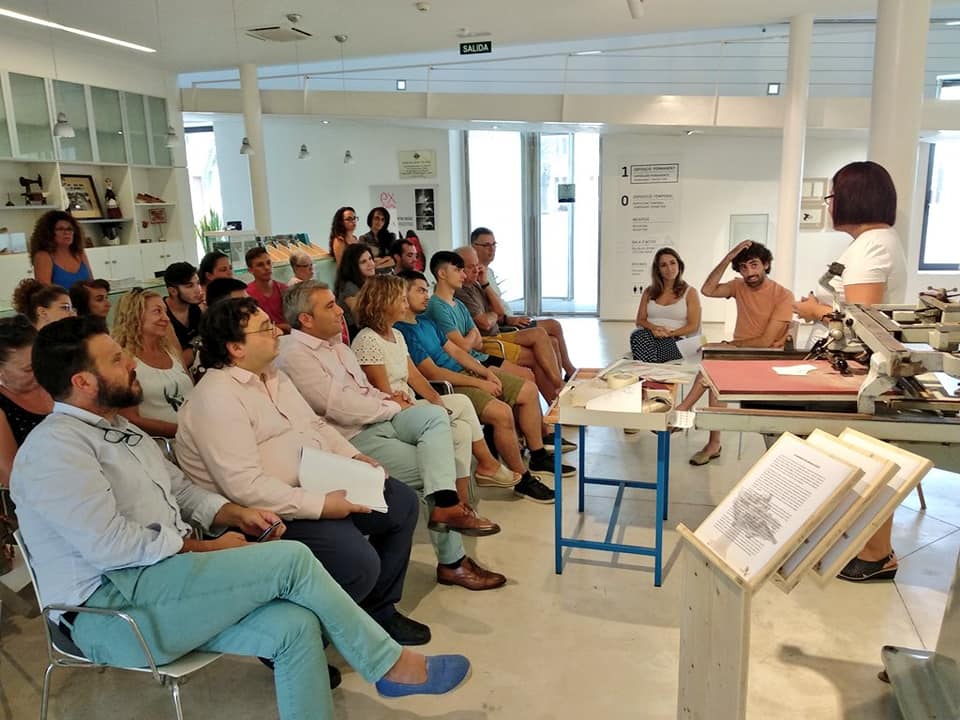 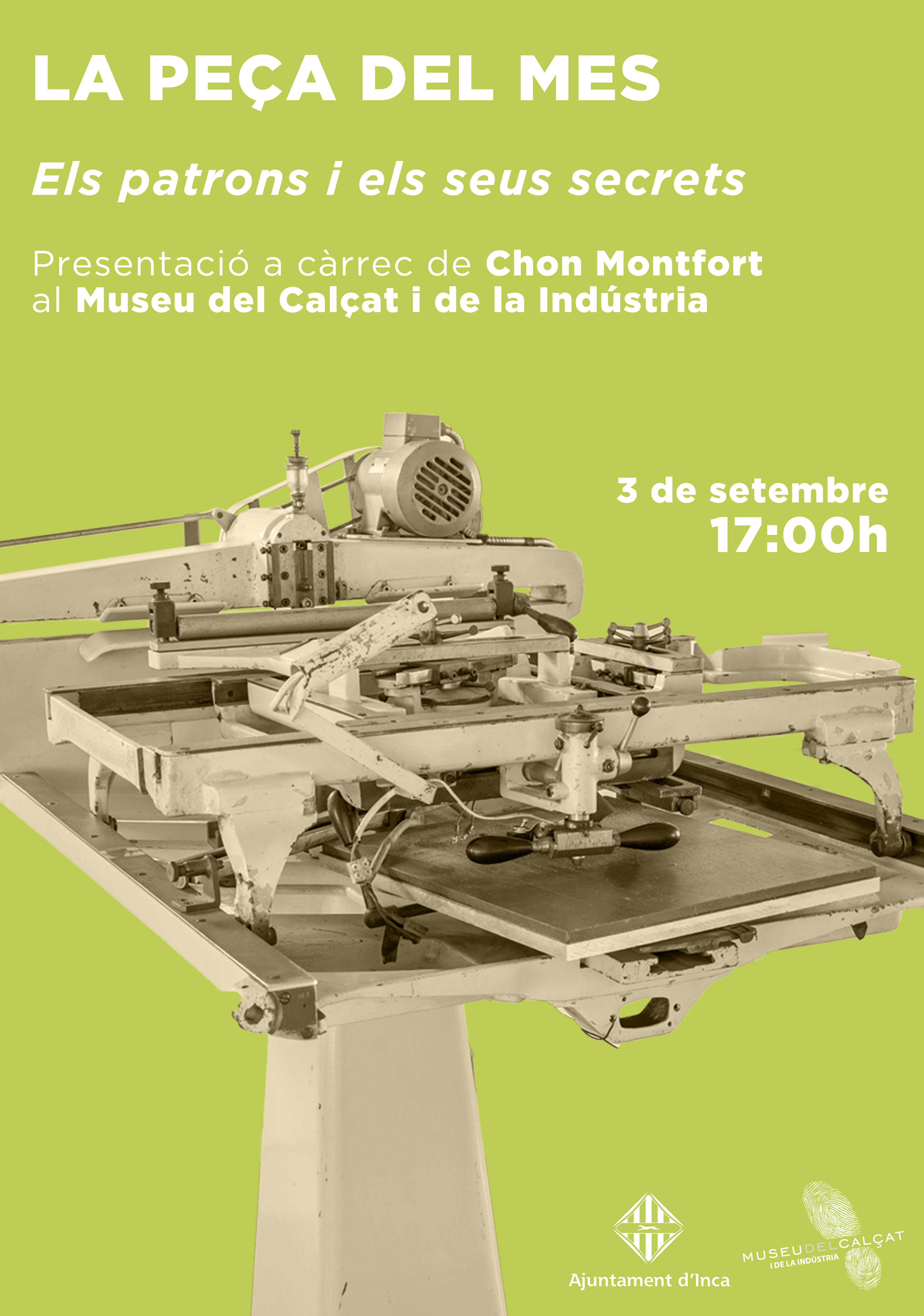