Piece of the Month (June 2019): The famous Kiowa moccasins

The June piece is the Kiowa moccasin moulding machine. It is a machine from the seventies of the twentieth century manufactured by the Italian company Torielli (founded in 1924 in Vigevano, Italy) and distributed in Inca (Mallorca) and Ciutadella (Menorca) by Curtidos Fluxá (1963-2000). Kiowa-type moccasins were invented in the United States in the early 20th century, inspired by the footwear worn by Native Americans (in fact, it is named after the Kiowa tribe). This type of footwear is characterized by surrounding the foot as if it were a glove, which gives it a lot of flexibility and adaptability. But its manufacture requires a high degree of specialization, being a very laborious shoe. These moccasins are made up of two parts: the “corte” (the upper part), made with two pieces (the moccasin and the shovel) sewn by hand and two more pieces (the live one and the heel) sewn by machine. This machine, the Torielli RSM / 80, runs on electricity and has four foot-shaped metal moulds whose function is to mould Kiowa moccasins (up to two pairs at a time). The moulds are full of small holes to facilitate the transmission of heat, essential for the “cut” to stretch. Once the “cut” has been pulled, the sole can be assembled. At the top of the machine, we find the control panel to operate the moulds and control the pressure. Many of these machines were used in the various factories of Inca and the Raiguer region that were dedicated to making this type of shoe, such as American Shoes, Belard Shoes, Rimaica Shoes or Yanko. Kiowa moccasins, although very successful in the United States and the leading countries of the European continent since the first decades of the twentieth century, did not arrive in Mallorca until the sixties, at the hands of the firm Yanko (Inca, 1961). They were an immediate success in sales, as in a few years when sportswear did not yet exist, they became a very easy to put on and very comfortable shoe. 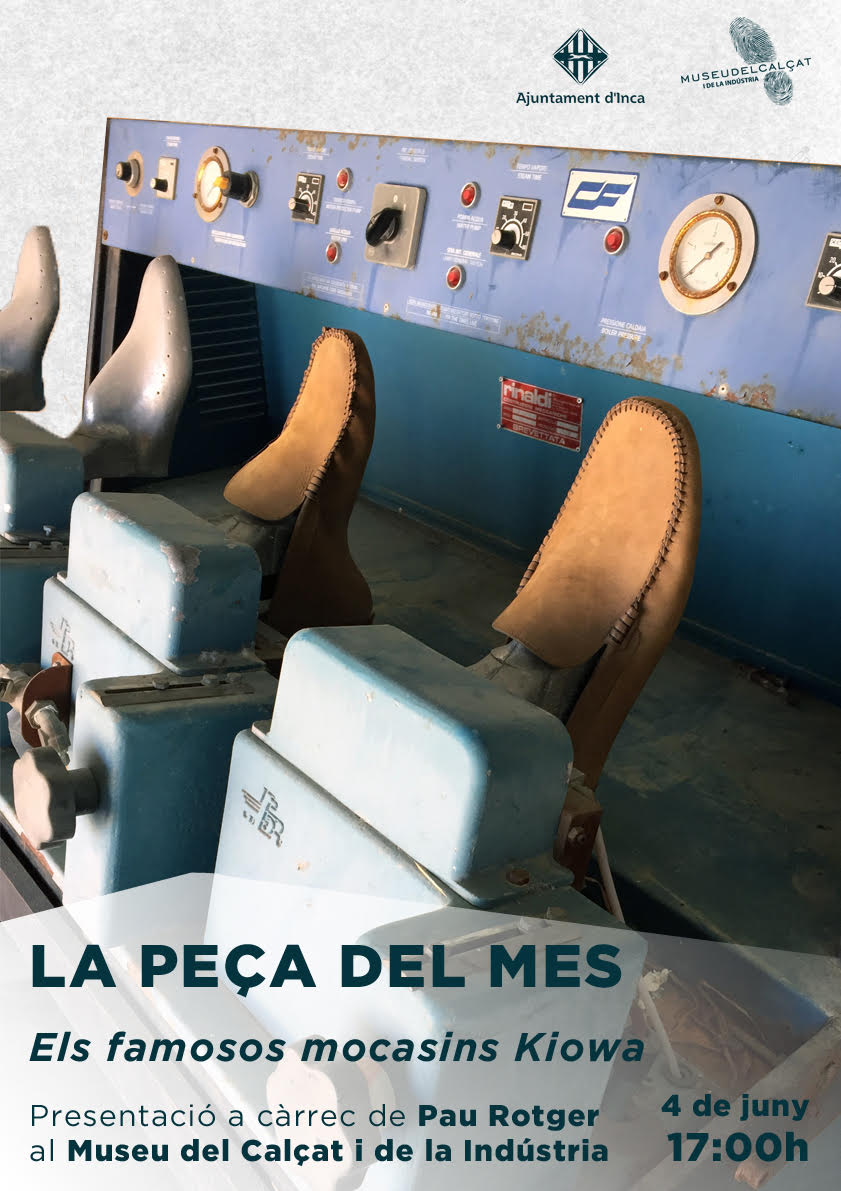